Do you know why So Many Ships Are Red On The Bottom ? 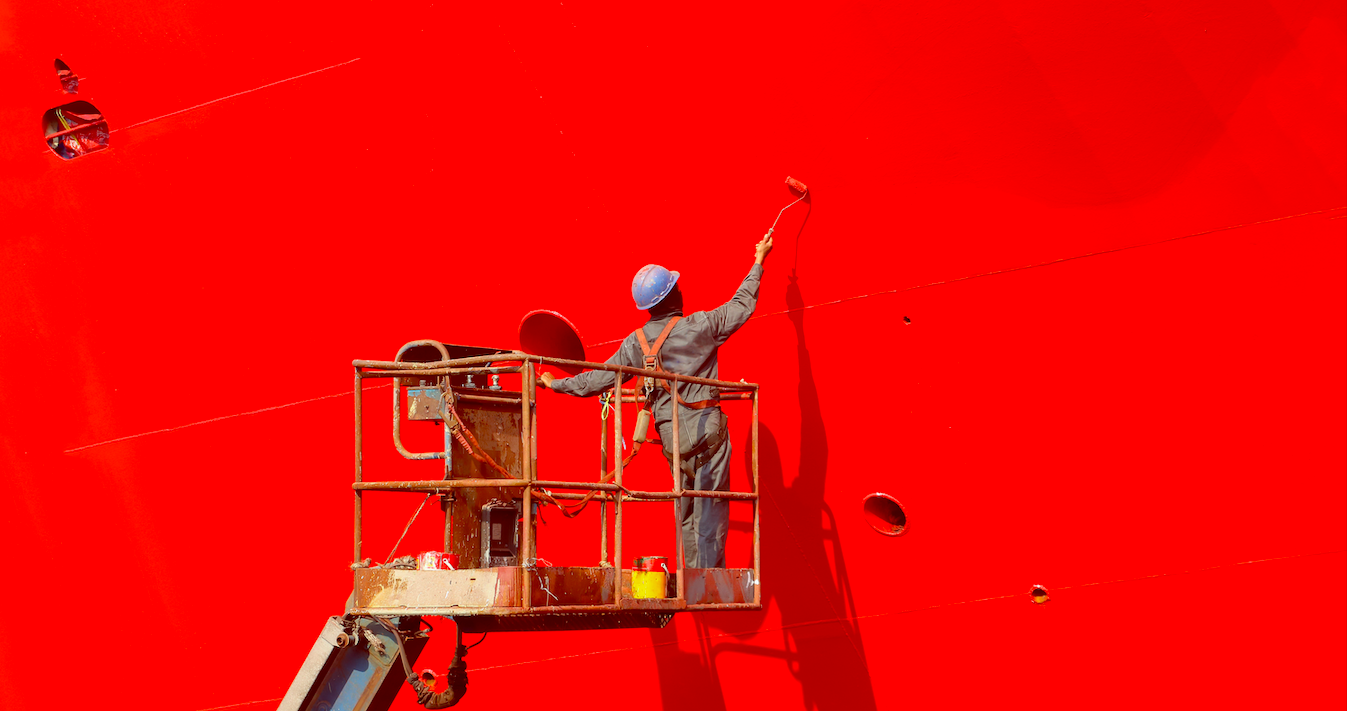 Chances are you have never salvaged a vessel yourself or you have (hopefully) never seen a vessel upside down. But in case you have seen photos of a shipwreck or of a new ship getting launched from shipyard, you may have noticed that the bottom of a ship is most times red.

While many may have never really thought about this until reading this article, others, who do have noticed, may think that there is no apparent reason for a ship to be painted in an area which is always below the waterline and nobody normally sees it.

…have you ever wondered why most ships are red on bottom?

Reason 1: The answer can be spotted again in tradition. Shipping is a tradition-oriented industry and if it is hard to believe, just remember ships are called ‘she’ based on an old nautical tradition or ask how much paperwork crews have to deal with every day.

But let us take things from the beginning.

Among the many challenges a ship has to encounter during its journey at sea is biofouling, which refers to the accumulation of various aquatic organisms at the ship’s hull, such as plant life and barnacles, as well as worms that eat hulls.

Except for transferring invasive aquatic species from one sea ecosystem to another and affecting marine life normality in each of them, this accumulation is responsible for deteriorating the ship’s structural integrity but, more importantly, for causing the ship to run slower and, consequently, burn more fuel.

Shipbuilders of the early years of shipping would use a copper coating as a biocide, to prevent organotins from sticking on the vessel’s hull. That copper coating was responsible for the ship’s red color.

In the 21st century, it is more than obvious that antifouling coatings can be mixed with any color. So why ships insist on red? It is nautical tradition, of course!

-Due to lack of a global regulatory framework on biofouling, local governments are developing their own unilateral regulations, most notably:

-In March 2019, the Global Environment Facility (GEF), the UN Development Programme (UNDP) and IMO kicked off the five-year GloFouling Partnerships project, to address bioinvasions by organisms which can build up on ships’ hulls and other marine structures.

Reason 2: Another reason can be traced in the contrast of red hull to the sea water, which demonstrates if the load of cargo is overweight: The more cargo a ship is carrying, the deeper it enters the water. In the same context of ‘contrast’, the red color at sea can be very easily captured by passing-by helicopters in case of an emergency.