Do you know what Plimsoll lines on ships are? 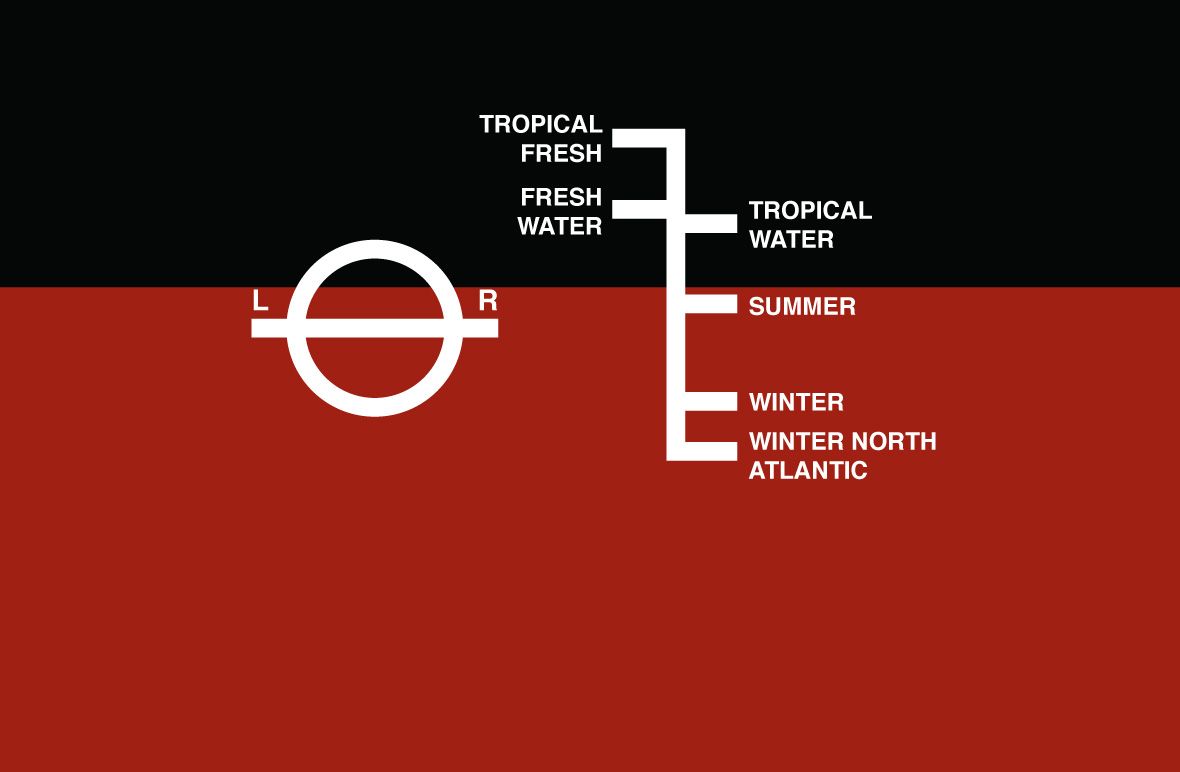 Have you ever wondered what Plimsoll lines are? And why are they called Plimsoll? Professionals across the shipping industry may be familiar with the term, but even those not working in the industry, but who are extra observative, may have noticed that ships have some line marks on their hull, just above the waterline. These are Plimsoll lines.

The Plimsoll line (also known as a Load Line or the International Load line) is a reference mark located on a ship’s hull that indicates the maximum depth to which the vessel may be safely immersed when loaded with cargo.

Why it is useful

It is evident that there is not a standard maximum height into which a ship is allowed to immerse, but the maximum allowed depth varies depending on the conditions, for example:

Considering the above factors, a ship’s captain can determine the appropriate Plimsoll line needed for the voyage. As such, load limits are calculated for each type of operating environment into the following levels:

The name comes from Samuel Plimsoll (1824–1898), a member of the British Parliament, who expressed concerns in regard to the loss of ships and crews from vessel overloading.

In 1876, he persuaded Parliament to pass the Unseaworthy Ships Bill. This mandated marking a ship’s sides with a line that would disappear below the waterline if the ship was overloaded.

The line is found midship on both the port and starboard hulls of cargo vessels and is still used widely in shipping.

The original Plimsoll Mark was a circle with a horizontal line through it to indicate the maximum draft of a particular ship. Additional marks have been added over the years, taking into consideration different water densities.

It makes no wonder that Samuel Plimsoll has passed through history as the ‘Friend of Sailor’.

At first, the Act allowed the shipowners to paint the line where they saw fit. It was not until 1890 that Board of Trade officials applied the regulations that Plimsoll had intended and the line was painted on the side of all ships.

The first International Convention on Load Lines, adopted in 1930, was based on the principle of reserve buoyancy, although it was recognized then that the freeboard should also ensure adequate stability and avoid excessive stress on the ship’s hull as a result of overloading.

IMO adopted the existing Load Lines Convention in 1966, setting limitations on the draught to which a ship may be loaded and thus making a significant contribution to shipping safety.

The limits, defined under the treaty, are given in the form of freeboards. The treaty takes into account the potential hazards present in different ocean zones and different seasons.

In March, Georgia became the 112th State to accede to the International Convention on Load Lines.

Load Line Convention rules do not apply to certain types of vessels, such as:

There are also some exemptions by geographical area: