Any idea what a Ship Security Alert System is? 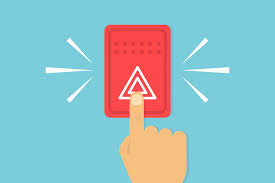 Although piracy follows a downward trend in the last decade, the threat of sailing in high risk areas still poses a psychological burden for crews. After the 9/11 attacks that changed the world, IMO requires every ship above 500 GT sailing the world’s oceans to have a Ship Security Alert System (SSAS) to enhance security. Have you ever wondered what this system is and how it works?

To provide knowledge to those designated to perform duties of CSO, SSO and other security duties on a managerial and operational level and ensure effective implementation of the ISPS Code, explain SSA process, SSP contents and measures per level, weapons recognition, devices, suspects & contingency planning, as per new STCW requirements,International Register Of Shipping (INTLREG) Conducts ISPS Code Training Course. For more details and registration of the course, Please contact training@intlreg.org

What is a Ship Security Alert System (SSAS)?

The Ship Security Alert System (SSAS), under the ISPS Code, is a system onboard designed to raise the alarm ashore in case of a security threat or security incident, so that help from security forces can be deployed to the scene.

Technically, the SSAS consists of a GPS receiver linked to a transmitter, a power supply, software and activation buttons.

When used, the activation button basically notifies the flag State of the ship without alerting ships or coastal states in the vicinity or giving any indication onboard.

Use of the ship security alert system is a recognition that security is political and requires different response to a distress or emergency onboard,

Where is this alert sent to?

What makes the SSAS unique is the fact that it constitutes a silent ship security alarm system that does not issue any audio-visual signal on the ship or to nearby vessels, not even to security forces nearby.

In contrast, upon activated, the alert is sent directly to the ship owner or an SSAS management company. It is then directed to the ship’s flag state. Some flag administrations even require having direct notification upon activation.

As soon as the flag state is informed, it is obliged to immediately notify the state(s) and the international security centers in the vicinity of the ship’s location.

Then, local state authorities or already deployed antipiracy/antiterrorist forces will be able to provide appropriate military or law-enforcement forces to deal with the menace.

What information does the SSAS provide?

Upon activated, the Ship Security Alert System sends the following details to the administration:

Where can we find an SSAS onboard?

Current regulatory framework foresees that there must be at least two security alert buttons onboard the ship, one on the bridge and another one in any other prominent location.

The whole crew onboard must be aware of at least one activation button location.

What happens if the button is pushed by accident?

The ISPS Code mandates that the SSAS activation points must be designed to prevent the unwanted initiation of the ship security alert.

A latch cover secures the button to prevent any accidental operation.

Anyone working in the vicinity of the SSAS button must be notified accordingly not to touch the button.

Once the SSAS button is pressed, the alert will be continuously transmitted to the administration unless it is reset or deactivated.

What are the key challenges of the SSAS?

Although there are specialized security companies for SSAS monitoring, most shipping organizations for financial reasons prefer to assign a person within the company for this job, known as the Company Security Officer (CSO). This means that a CSO lies with a great deal of responsibility on his shoulders, and the ship crew must feel lucky if he/she is not in the shower or deep asleep.

In addition, it is known that the SSAS will not work in case of failure of main power or fault in the emergency backup power.

And as in any other task onboard, crew familiarization with the button location and the procedures to be followed is vital for cases of real emergency and should not be taken for granted.

About the ISPS Code

Under SOLAS Convention Chapter XI-2, IMO developed the International Ship and Port Facility Code (ISPS Code), a comprehensive set of measures to enhance the security of ships and port facilities.

The Code is applicable to all vessels over 500 GRT operating on international trades, as well as the ports that service them.

Among others, the ISPS Code:

The SSAS is the correspondent means of notification with the Emergency Transponder Code 7700 for aircrafts.